and Yaxley’s Company
of the Green Man

Jack-in-the-Green, also known as Jack o’ the Green, is an English folk custom associated with the celebration of May Day. It involves a pyramidal or conical wicker or wooden framework that is decorated with foliage being worn by a person as part of a procession, often accompanied by musicians.

The Jack in the Green tradition developed in England during the eighteenth century but has its roots in an older May Day tradition—first recorded in the seventeenth century—in which milkmaids carried milk pails that had been decorated with flowers and other objects as part of a procession.

Increasingly, the decorated milk pails were replaced with decorated pyramids of objects worn on the head, and by the latter half of the eighteenth century the tradition had been adopted by other professional groups, such as chimney sweeps. The earliest known account of a Jack in the Green came from a description of a London May Day procession in 1770. By the nineteenth century, the Jack in the Green tradition was largely associated with chimney sweeps.

The tradition died out in the early twentieth century. Later that century, various revivalist groups emerged, continuing the practice of Jack in the Green May Day processions in various parts of England.

The Yaxley Jack-in-the-Green parade began in 2013 as part of the Yaxley Festival. 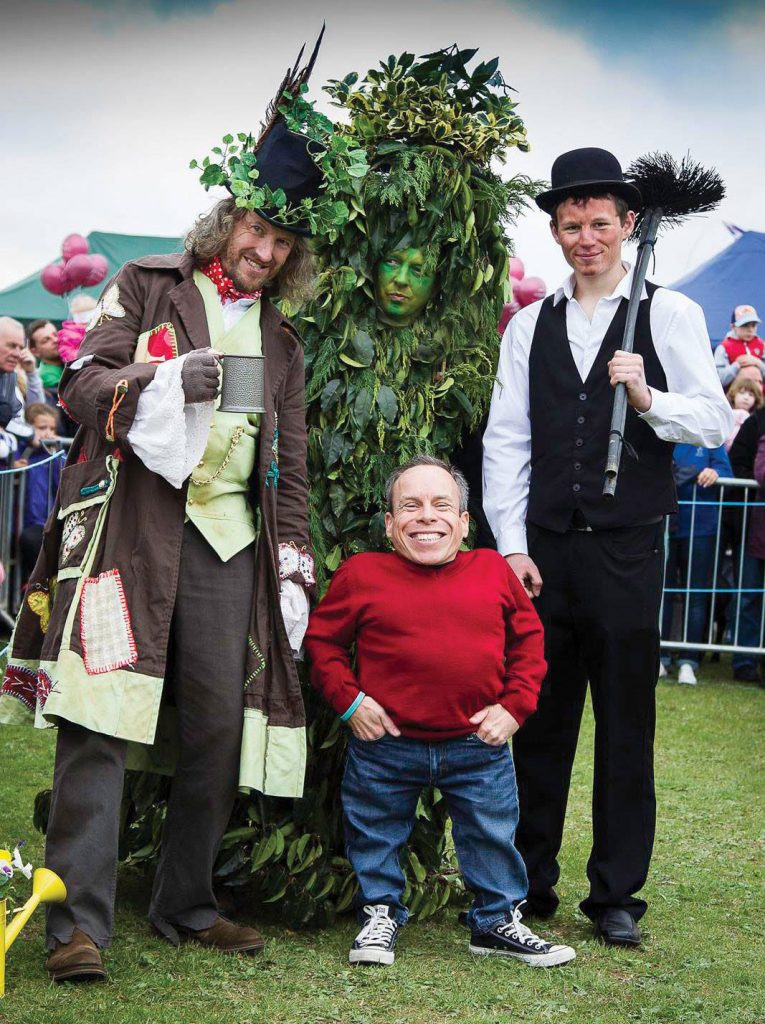 Yaxley's Company of the Green Man

Yaxley’s company has even inspired an original orchestral work by composer Garry Judd. Listen below!

Jack represents Summer itself, and is the old bringer-in of the time of plenty. The tradition of the Green Man being carved on to Christian churches exists across Europe and one can be found at St Peter’s Church in Yaxley. 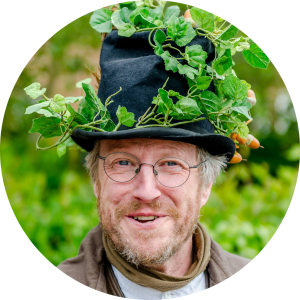 Guide of the Whittlesea Mere, herbalist and charmer of vipers. A manufacturer of snake unguents. Concealed beneath his coat dwells the serpent, ready to be called forth to aid him with his forked tongue. 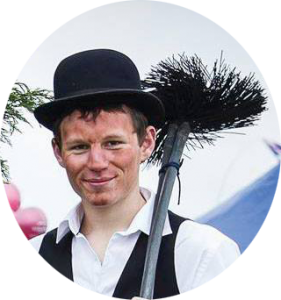 Being ignorant of his real name, locals distinguish him by the appellation of ‘Copperface’. Copperface proudly leads the sweeps and walks alongside the Ancient Order of Foresters at the annual Yaxley Festival parade.

The Yaxley Festival parade led by Jack-in-the-Green and his attendants will depart from the Three Horseshoes public house on Main Street on Saturday 14th May 2020 at 11am.

Yaxley’s ancient turf law dictates that for the duration of festivities residents are permitted to sell alcohol without a license as long as a piece of turf is hung above their home’s door.

Whilst we wouldn’t suggest locals attempt to test the law, we will have a turf cutting ceremony at Yaxley Festival. 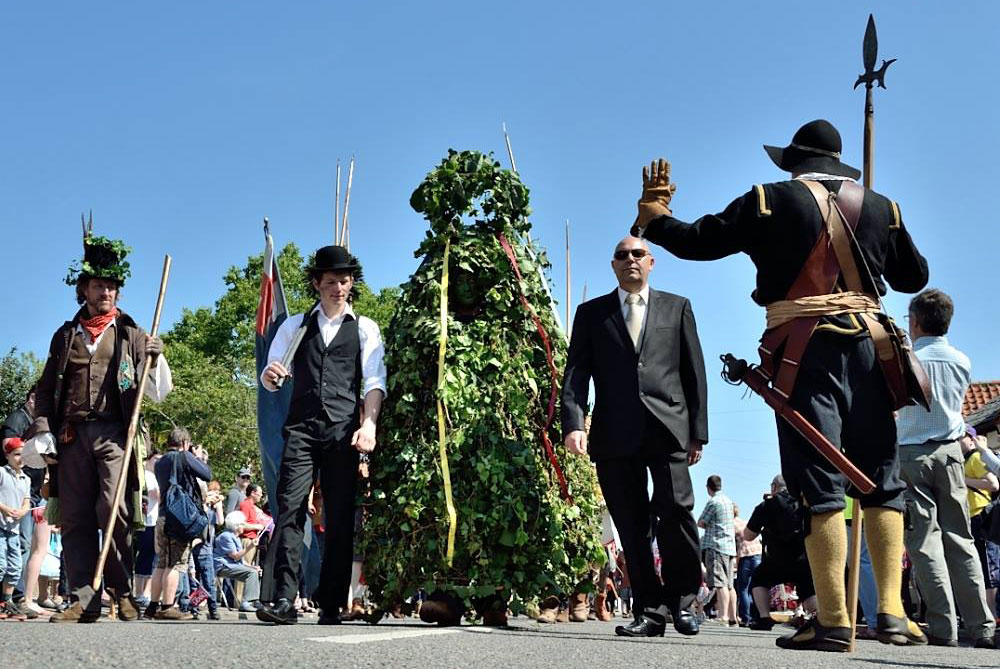 I have resided at Stilton for more than half a century, and I remember many fairs at Yaxley. At those fairs it was customary for some householders to hang out a square of dried turf, and this sign was sufficient to constitute the house during the time of the fair a licensed house. As far as my recollection serves me, no other license was required, and the exhibition of the turf prevented any legal consequences occurring to the householder for selling without the ordinary certificate.