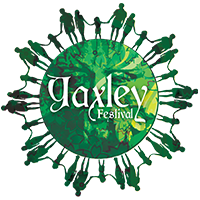 Yaxley Festival is more than an event, it’s a core component of a community development programme that continues to deliver REAL SOCIAL IMPACT.

The project was designed by Stewart Howe and launched in 2012 with the support of a team of volunteers. Residents, organisations, institutions and local businesses were invited to collaborate on building a free festival designed with zones reflecting different aspects of the community.  In May 2013 the event debuted with huge numbers of visitors and a format that shocked and delighted residents with the scope of ambition and scale of delivery.

The result of the first festival was the creation of a new super agile community organisation, which eventually evolved into Social Echo, a non-profit organisation with a mission to dismantle poverty and lack of opportunity by harnessing the potential of social trading to build stronger communities.

Each festival has spawned new community projects and not-for-profit organisations and the team behind the event are actively helping other festivals launch and grow.